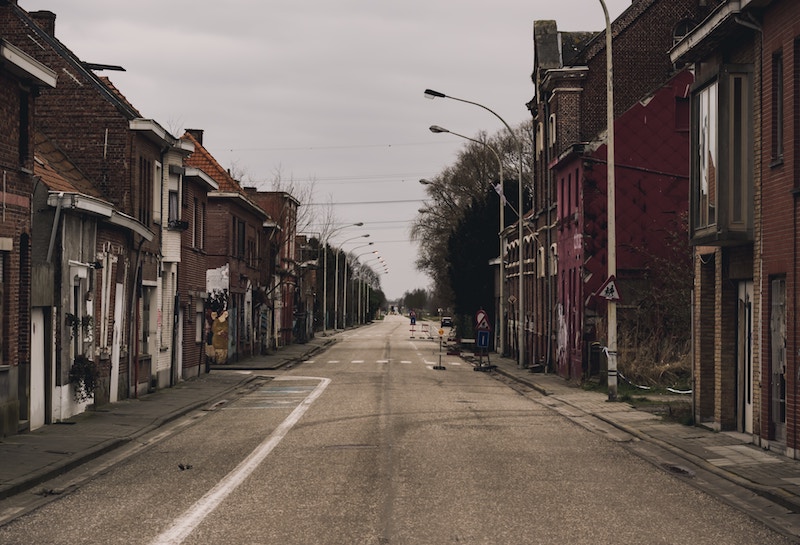 Your space is being ‘attacked’ when a straight road points directly at your home – especially if it aligns with your door or (bedroom) window. This occurs at the end of a T-intersection or cul-de-sac. In this picture (cars are driving on right side of road), the home’s door is being ‘attacked’ by the oncoming road and traffic.

There are many shops that directly face such oncoming road. Often they have closed down or display ‘For Sale’ signs. This can sadly be the outcome of such attack: Financial ruin or health problems – should you be sleeping behind a window in such a situation. Not a pretty picture!

The problem with such positions is that the energy movement along the oncoming road is too straight and fast – attacking by nature.

Here is some good news about cul-de-sacs: If your home is not positioned in line with the road, a cul-de-sac functions like a ‘lake’, in which good energy can gather.

It is often a nice common area where kids play and neighbours talk… So, don’t worry about cul-de-sacs – but protect yourself from oncoming straight lines.

What you can do

If your building is subject to a straight oncoming road, you need to erect an actual physical barrier against it:

Photo by Echo Grid on Unsplash